This portion of the Séance Series brings together the immortal Bessie Smith with the beloved Beethoven.  Blues singer, intrepid entertainer, wild-party-giver, powerful, original, and deeply moving performer; Bessie Smith still maintains a hold over our souls and psyches: through her voice and her lyrics, she still has the power to incite laughter and tears from listeners far removed from the post civil war, Jim Crow, blues world of the black performers of the 1920’s and 30’s. I wanted to pair her with the premier icon of classical music; the epitome of Euro-centric, high-brow, creative “genius:” Ludwig Van Beethoven.

Both Bessie Smith and Beethoven are tragic figures; circumscribed by social, political, and physical factors; but both are supremely heroic figures. Each maintained a phenomenal creative energy and set a pace which left their contemporaries gasping for breath.  They both lived their lives with an integrity that is rare, even among the other giants of history: Beethoven insisting on absolute commitment to the truth of his creative vision, and Bessie Smith remaining constant and devoted to her roots, her race, her class, her values, and her musical vision.

Attached to the hammers of the piano are black and white ostrich plumes, integral to many of Bessie’s performances.  The sounds that these plumes make as they move with the piano’s soundless mechanics, are the sounds that Beethoven heard toward the end of his life.

At the back of the piano are four digital drawings which visually merge the two musical geniuses, creating hybrid images of the blues and the classics. 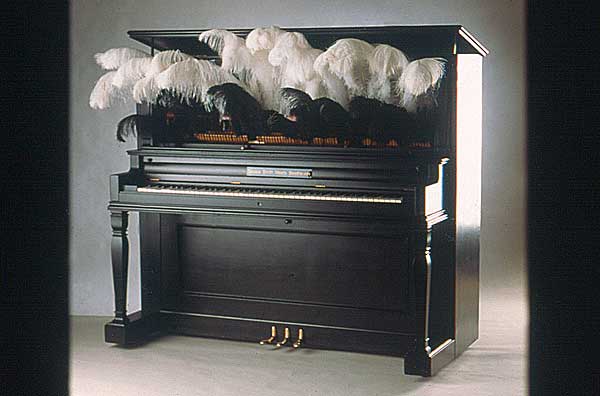 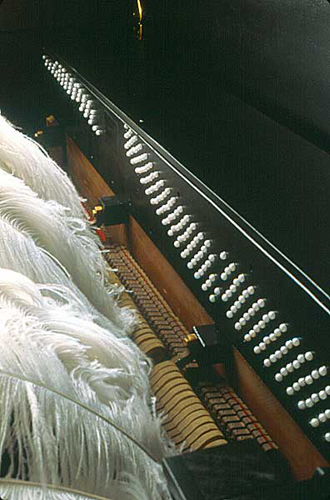 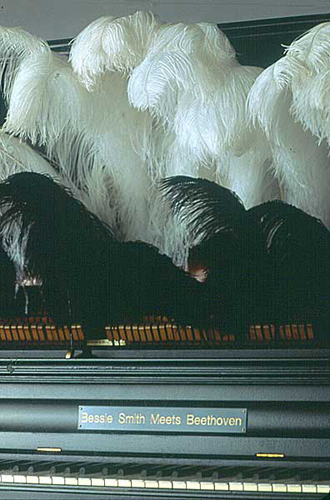 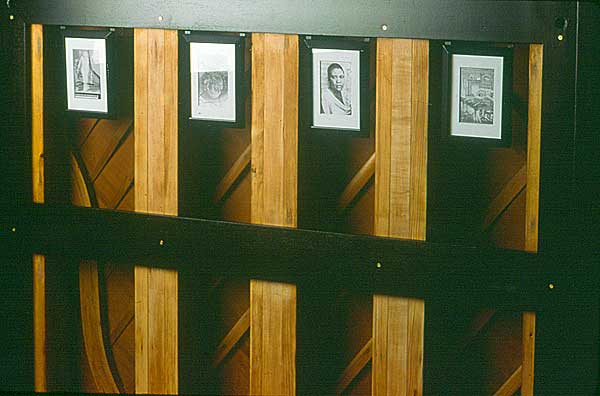