Most artists find encouragement and inspiration from the great creative minds and souls of their predecessors.  I have for many years looked to writers, artists, and musicians whose unique voices and visions have had a profound effect on my creative life. Two of the most inspiring minds I have ever encountered are Emily Dickinson and Marcel Duchamp.

My fantasy, realized in this work, has been to bring them together: a meeting of the minds, a conversation between equals, a challenge to their spirits.  Thus, this first portion of The Séance Series nine includes drawings and a sculptural “tableau” referencing an imagined meeting between Emily and Marcel.  In the initial stages of conception, part of the challenge and mischief of such a project lay in the astonishing dissimilarities of these individuals.  Two more different personalities and creative styles could not, I thought, be imagined.  In my research for this project, I pored over volumes of biographical information as well as their poetry and art.  To my delight, I found that there were many points of contact for Emily and Marcel.

Here are a few points of contact for the creative lives of Emily Dickinson and Marcel Duchamp.

The drawings reflect visual coincidences I would never have thought existed.  In the iconography of poet and artist, I found formal and conceptual synchronicities as delightful as they were unexpected.

In the sculpture I have created a tableau in which these two originals can meet, as they never did in life. (Emily Dickinson died in 1886, and Marcel Duchamp was born in 1887.)   The game of chess became a serious obsession with Duchamp until eventually it seemed to eclipse his making of art.  Thus, Emily and Marcel sit down to a game of chess.  The only “piece” is Emily’s loaded gun. 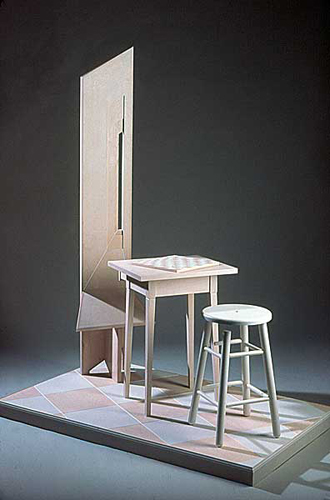 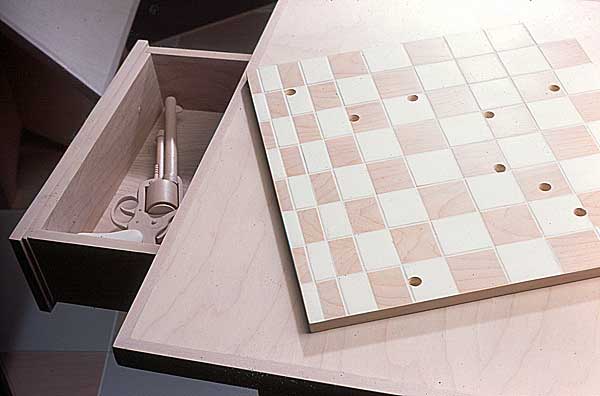 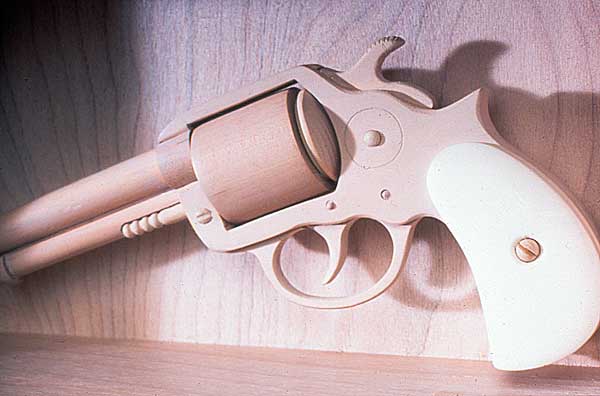 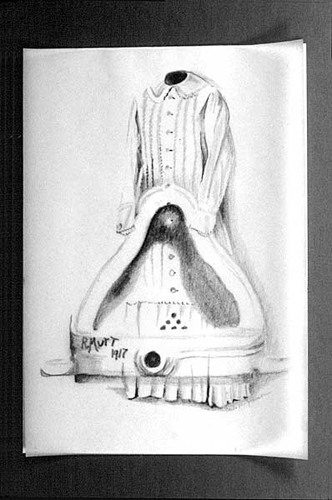 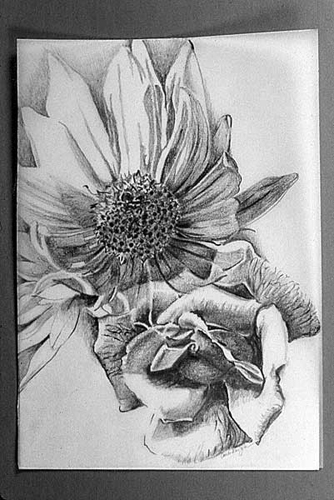 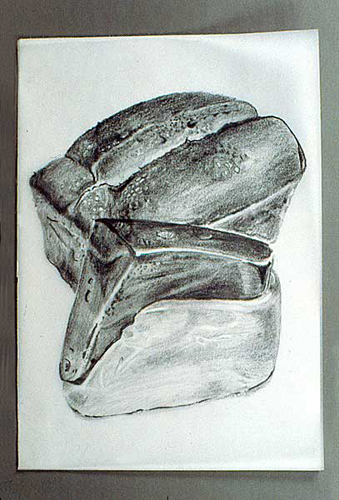 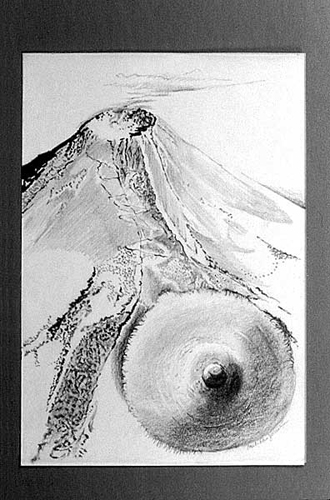 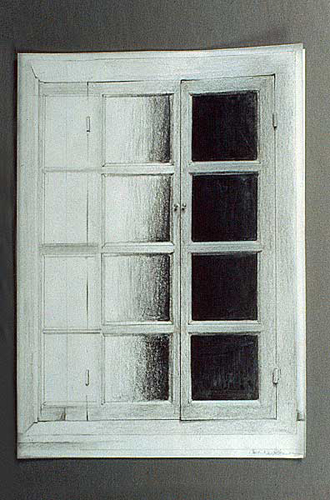 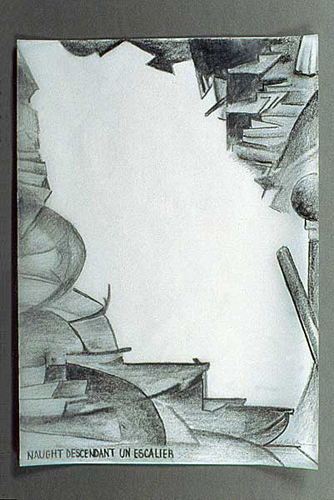 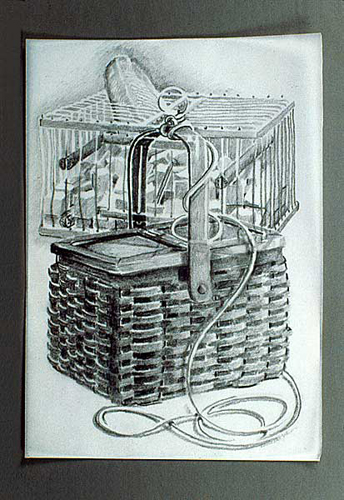 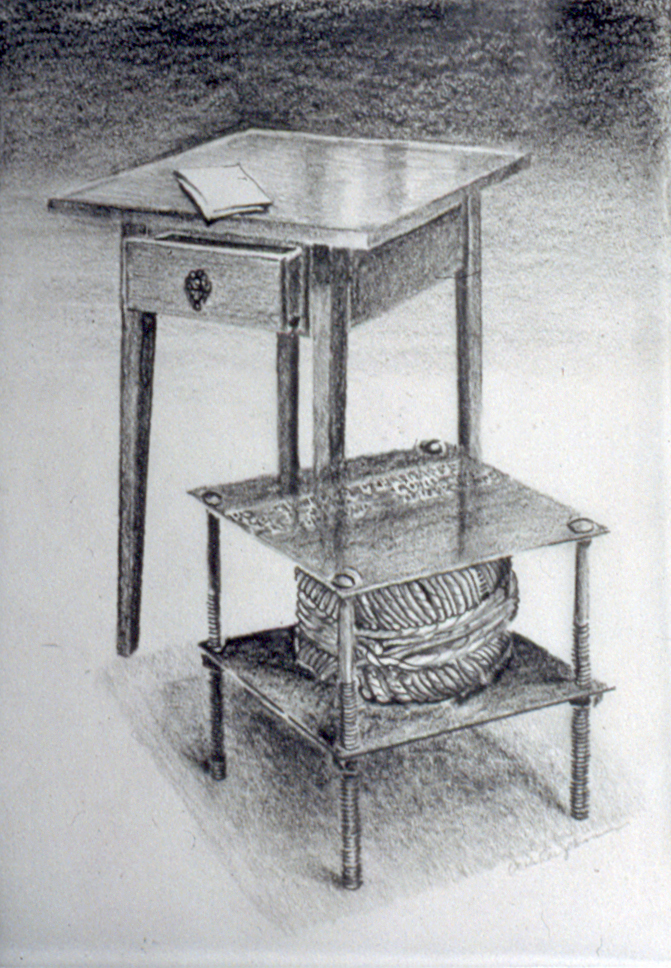 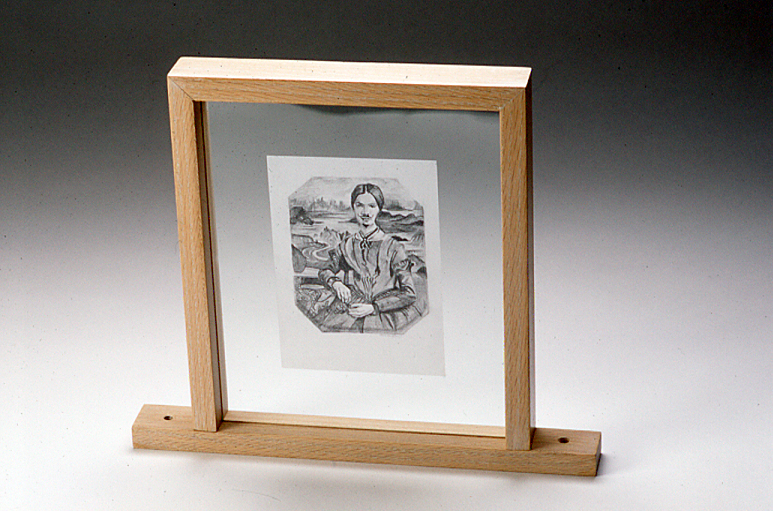 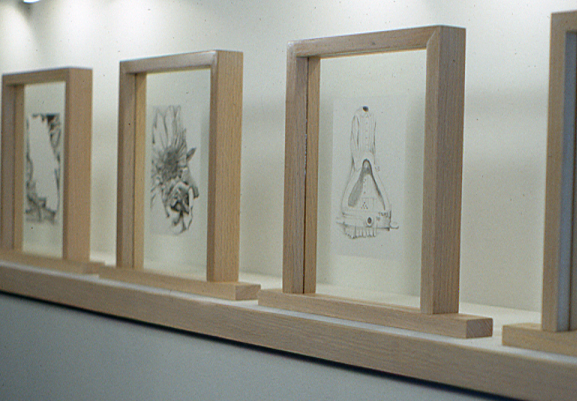