The fifth portion of The Séance Series brings together Georgia O’Keeffe and Galileo Galilei.  They search the heavens and the earth in a game of “I Spy.”

Georgia O’Keeffe (1887-1986) has long been revered by feminist artists as a forerunner, a matriarch, and a role-model for women artists. This, not only because of her serene and powerful paintings, but also because she lived her life creatively and logistically on her own terms.

Her decision to step away from her successful placement in the New York art scene to live and work in the desert of New Mexico gives her status as a courageous outrider in defiance of a male-dominated gallery system and art market, whether that was her intention, or not. I think her intention was simply to insist on a quiet, distraction-free place to live and concentrate upon her work. The stark beauty of the desert drew her there. I feel Georgia’s vision was one that required a supreme focus, and careful attention to her surroundings, the landscape, and natural forms.  In this sculptural tableau, if you look from a particular angle through a hole in the bovine pelvis, you will observe the solid blue of the sky seen in one of her iconic paintings. Her focus, her attention is on the material presence, the beauty and drama of natural forms here on earth.  Her choice to live and work in isolation must not have been an easy one, hence the uncomfortable quality of her three-legged stool, (which also might evoke the reported “prickliness” of her personality!)

Galileo Galilei, (1564-1642) represents the paragon of all observers.  As the founder of modern science, Galileo committed his life to empirical knowledge.  Something must be observed and verified to be considered “truth.” Galileo believed and asserted this in an age when the “church” was the sole arbiter of what was considered true. Here, Galileo’s telescope, symbolic of his commitment to observation, is pointed towards the heavens. Looking up, through this telescope reveals the light of observed/objective reality. Galileo sits upon his own understanding of the truth, experiencing the discomfort of his (then) heretical ideas about our universe.

The sole drawing for this portion of The Séance Series, is titled “Galileo’s Baby Chair.”  That the earth should revolve around the sun was unthinkable in the 17th Century, but Galileo stood by his truth. “Galileo’s Baby Chair” posits that his knowledge and his stand were predicted when he was a toddler.

It was reported that, as he left the inquisition chamber where he had been forced to declare that the sun, the planets, and the universe revolved around the stationary earth, Galileo whispered under his breath: 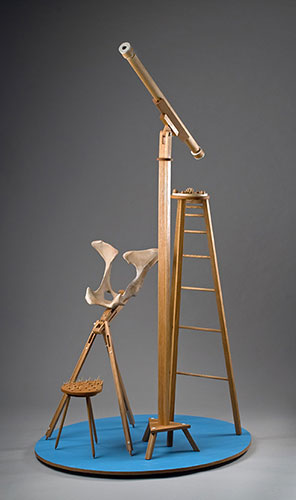 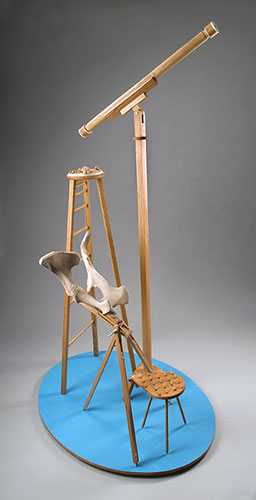 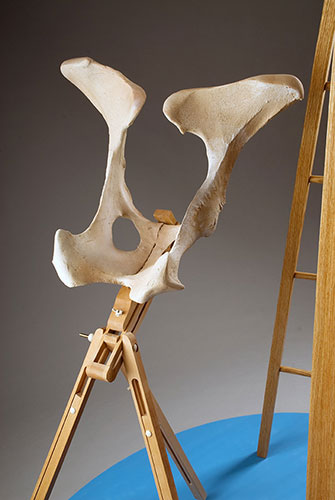 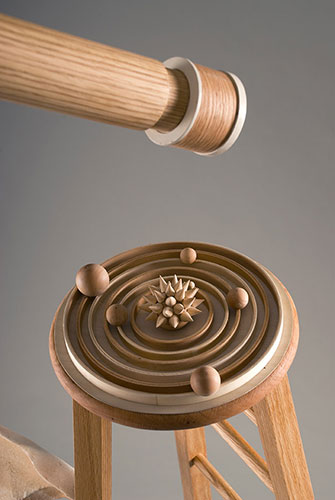 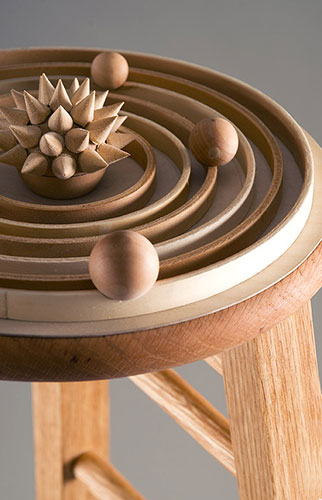 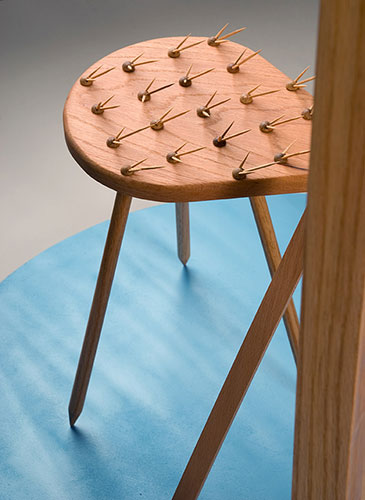 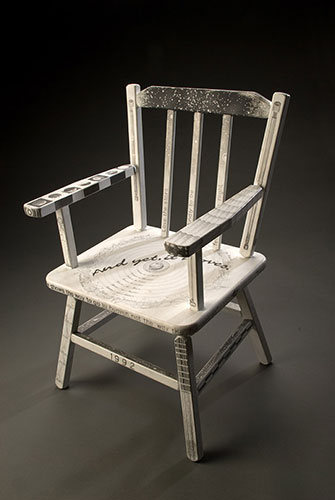 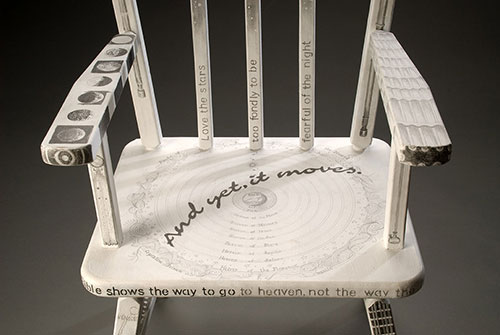 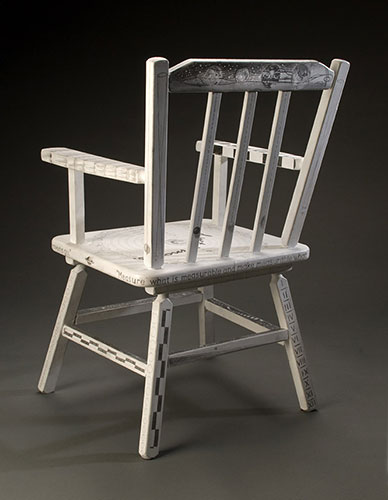