Frida Kahlo Meets Franz Kafka, will be the final work in this series.  It is, currently, a work-in-progress consisting of two drawings and a small “maquette” for the sculptural tableau.   Frida Kahlo and Franz Kafka meet to ponder human suffering while playing “Ring-Around-the-Rosie.”

Months of study and research, reading, and visual searches produced fascinating details, differences, and connections, but this project almost did not materialize. I could not locate a core kinship that would unite these two geniuses from different cultures and different parts of the world. Abruptly, one day, (while walking the dog), two phrases emerged in my mind:  “She endured more suffering than we can imagine.” and “He imagined more suffering than we can endure.” These phrases appear on the maquette and will be inscribed on the base of the finished sculpture.  They seal the bond joining these two artists.

Frida Kahlo (1907-1954) was one of Mexico’s greatest artists. Suffering from polio as a child and a horrendous streetcar accident, later, Frida Kahlo’s life was punctuated by numerous surgeries, hospitalizations, and painful convalescences as well as a tumultuous and emotionally stressful marriage.  Through it all, she persisted in making art by which we can see her inward and outward struggles. Her compelling and deeply insightful self-portraits reveal a passionate, yet painful life.  In her paintings, Frida Kahlo maintains a delicate balance between observed reality and the subconscious with consummate skill.

Franz Kafka (1883-1924) was born into a middle-class Jewish family in Prague. His outer life seemed rather prosaic.  He studied law in college and worked as an insurance agent until he retired due to illness.  (Kafka suffered from depression, anxiety, migraines, insomnia, and other ailments, as well as the tuberculosis which eventually took his life.)   Though short and outwardly mundane, this life produced short stories that stunned readers: neat, crisp, and devastating stories that confronted the realities of the 20th Century, its institutions, and the terror inside each of us.

A thread of the surreal unites the work of Kafka and Kahlo, but, for me, it is the way in which each artist confronts human suffering that unites their lives and visions.

Two drawings introduce these individuals to each other.  Frida Kahlo appears surrounded by the encroaching, medieval, urban architecture of Prague from which Kafka and his stories grew.  Franz Kafka peers out at us from the lush vegetation with which Frida surrounded herself in Mexico.

Two chairs: one for each artist, are situated back to back on a round platform bearing the inscription mentioned above.  The legs on one side of each chair have fallen through holes in the platform causing the chairs to tip.  Sculpturally, this angled furniture implies motion for the children’s game “Ring Around the Rosie” (which has ominously been associated with the Black Plague.)  Additional details on the full-size sculpture will evoke associations with the work of each artist. 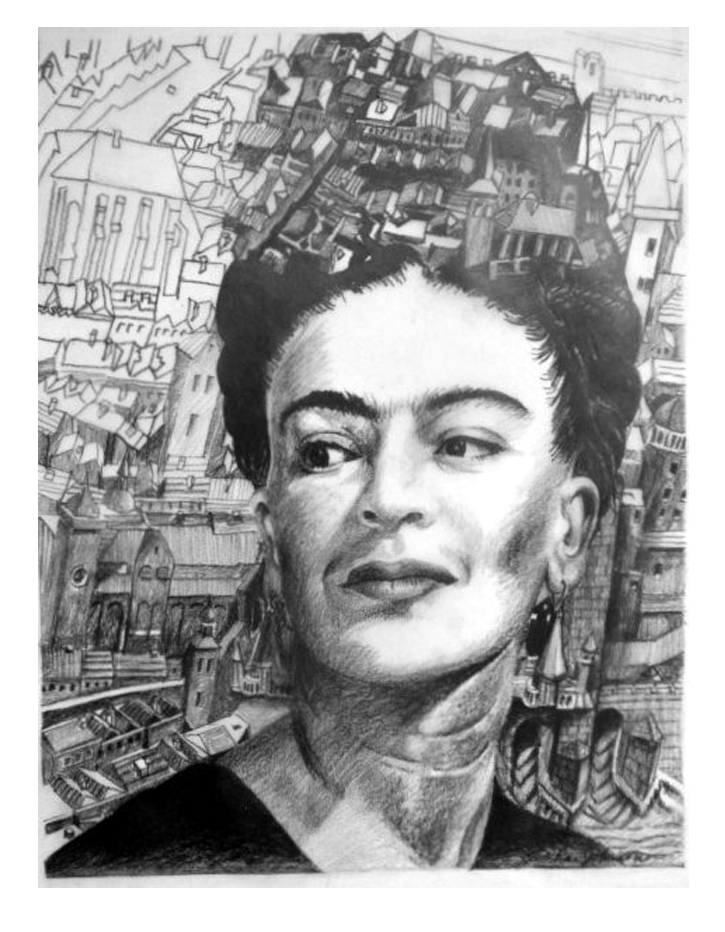 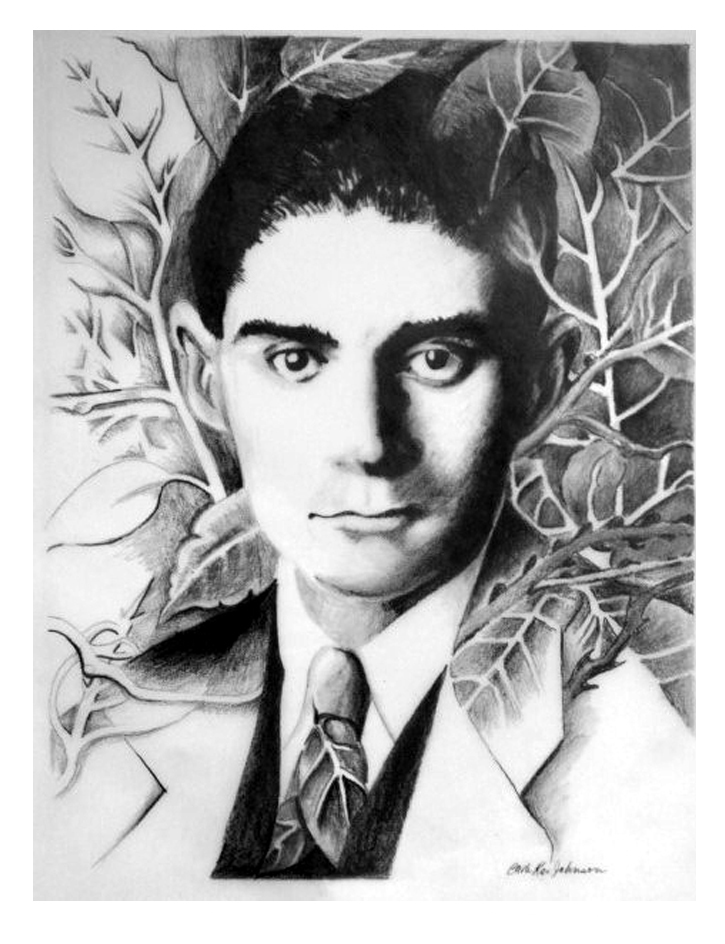