The second portion of The Séance Series brings Hildegard of Bingen and Herman Melville together in the realm of the imagination.  These two luminaries are separated not only by time, place, and circumstance, but also by seemingly disparate creative visions.

The seven drawings are emblematic of a conversation.  Images from Melville’s masterpiece Moby Dick are juxtaposed to those symbolic of the life and works of Hildegard.  Three drawings on each side of the central “mandala” indicate only small exchanges of understanding:  it is in the central image, Armada Mandala that the artists commune.  The chapter in Moby Dick entitled “The Grand Armada” depicts a tumultuous whale hunt, in which Ismael’s boat is pulled into the center of concentric circles of thrashing whales, frantic in their attempts to escape the whalers’ harpoons.  At the center of this conflagration is an immense calm.  Here, Ishmael and his cohorts look over the sides of the boat to observe male and female whales gracefully engaged in amorous delights, and female whales calving and nursing their infants.  Ishmael becomes entranced as he connects with the gaze of an infant whale.  As it nurses, the newborn seems to focus beyond the visible world to a cosmic sense of wholeness and eternity from which it so recently emerged. This drawing, with its mandala form based on concentric circles, bears a remarkable resemblance to many illuminations of Hildegard’s visions.

The sculpture, Hildegard of Bingen Meets Herman Melville depicts the skeletal form of a small boat in which Hildegard and Herman play two separate word games. (game boards are positioned on each side of a medieval lectern.) They ride on a wave of letter-tiles from which they form words consistent with their individual visions.   Symbolic of the infinite creative possibilities realized by both Hildegard and Herman, the sea of letters also suggests the sense of immensity and cosmic wholeness we find so compelling in their works.

Engaging in this process involved much preliminary research as well as internal, subconscious preparation.  As I contemplated the encounter of Hildegard and Herman I became aware of some deeply significant unifying qualities they shared. Hildegard and Herman each tap into the spiritual reservoir of a collective unconscious to realize profoundly “transpersonal revelations.” thus, their work is of deep psychic significance to all humans.  They both balance conscious intellect with visionary insights. Their visions emphasize the interrelatedness of all things, above and below and the union of opposites: as in the complex relationships of beauty and terror, good and evil, and light and darkness. Their respective works reveal an unequivocal respect for nature, the creatures of the natural world, and the essential relationship of water to life.  Both Hildegard and Herman were successful in creating a world within a same sex community.  Finally, they each identified art as the missing link between science and spirit. 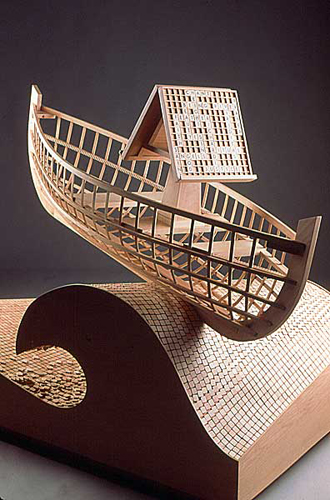 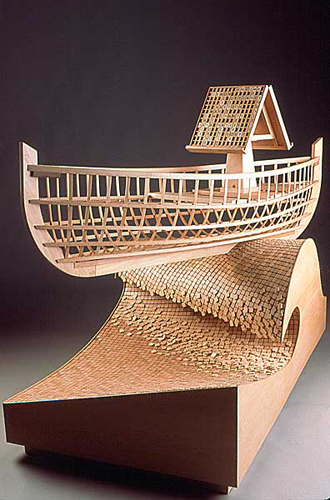 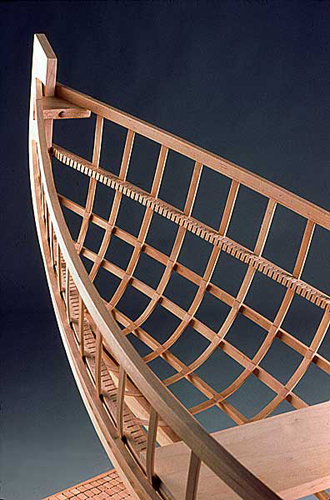 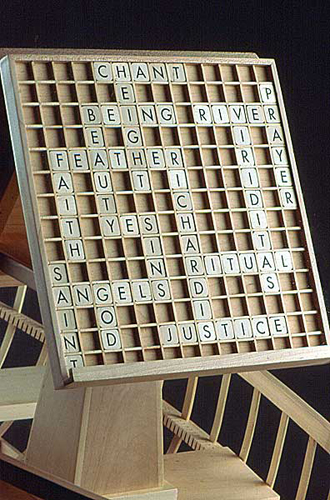 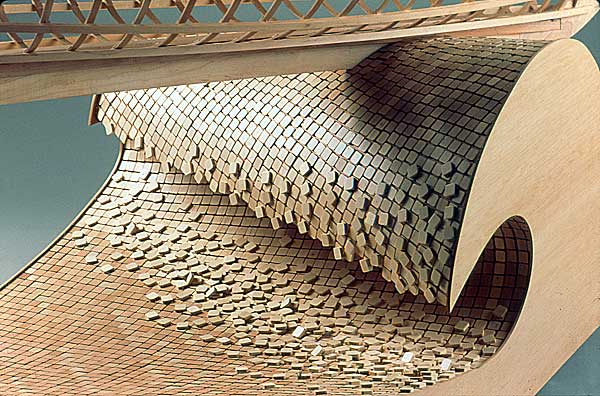 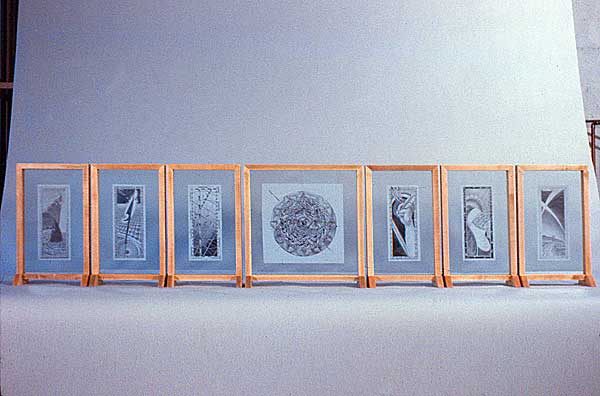 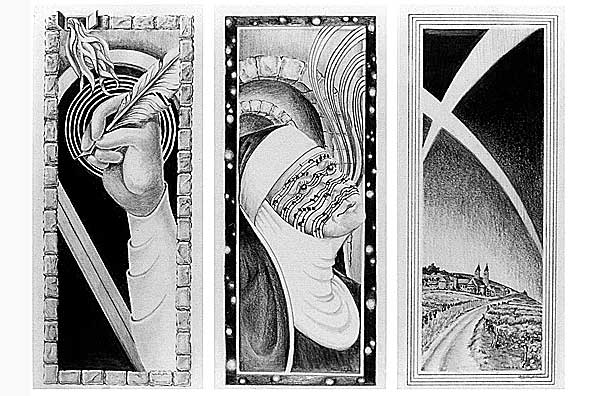 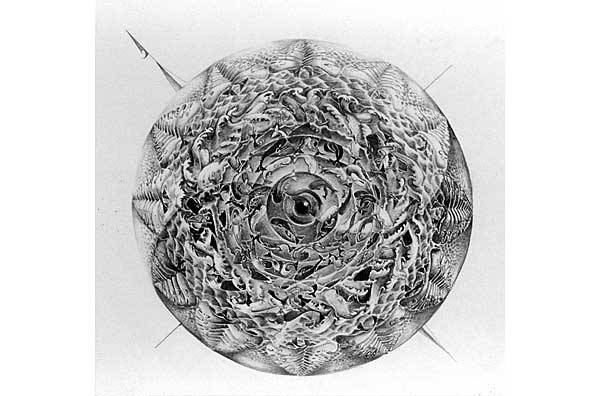 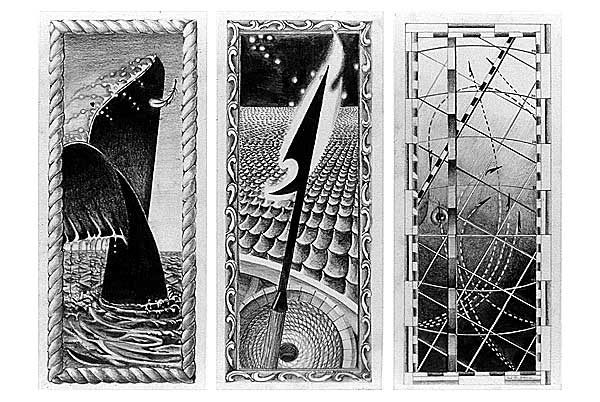