Six sculptures comprise this installation. Each sculpture represents an different stage in the creative process, from conception to execution.  The theme of music is suggested throughout the installation.

“Light Raking” represents an artist’s first, exploratory, foray into the unknown: a metaphor for tilling the earth to see what will grow in fertile ground.

“Sleeping Muse” signals the incubation stage of the creative process, wherein the subconscious delves into its own sleeping cradle: where egg and sperm unite, while rocking softly to the whisper of “Amazing Grace.”

“Synapsis,” the merging of synapse and synopsis, marks the “Ah-Ha!” moment of inspiration.  A flash of light at the top (a lightbulb suspended in a globe of water), transfers to a slow fade in the truncated copper pedestal.  This moment is the direct descendent of exploration and incubation.

After an idea is conceived, the labor begins.

“Work Bench” provides the tools for construction.  Merging the forms of a “jack-knife,” a Japanese chisel-rack, and a piano, this workbench is the site of building/making the work.

In “Plane Song” a Japanese plane-beam, the form can be shaved down and refined.  A “peel” of wood from the board being planed repeats the holes of the later. Both suggest a sequence of notes from a medieval “Plain Song.”

Finally, “High-Level Performance” combines a medieval level, a rocker, and a very tall ladder.  The rocker, necessitate that two performers are needed to ascend the ladder in unison, to maintain balance and stay level.  The level’s “plumb” is a violin.  Were the ladder to rock, the violin strings would be strummed by brushes on the cross-beam, creating music.  The art work, inspired in the first three pieces, then, built and refined in the next ones, is made public via a performance by the artist/creator and her audience. 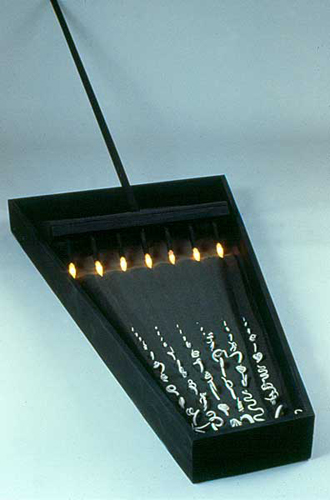 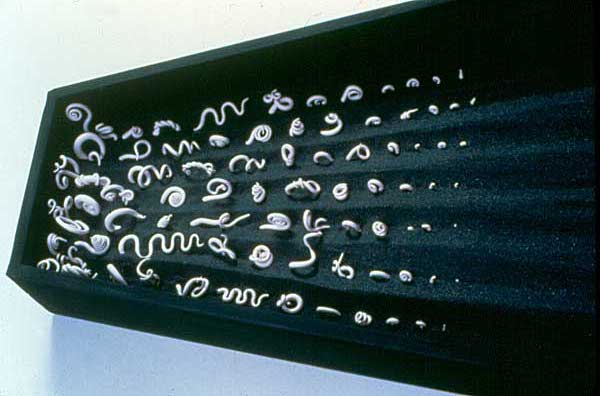 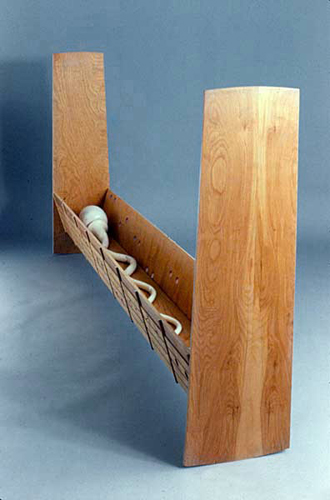 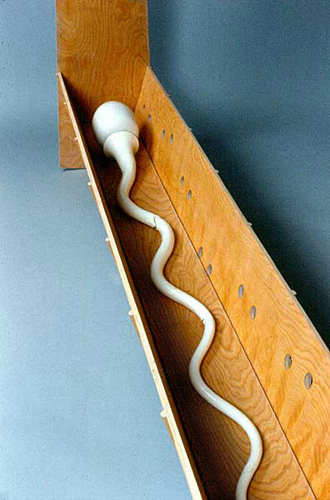 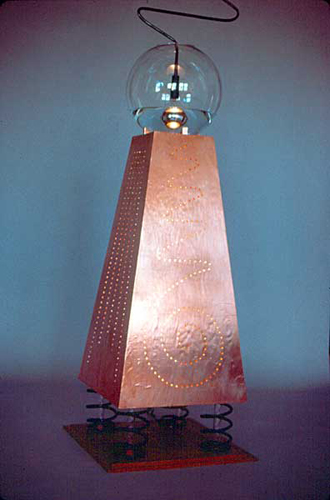 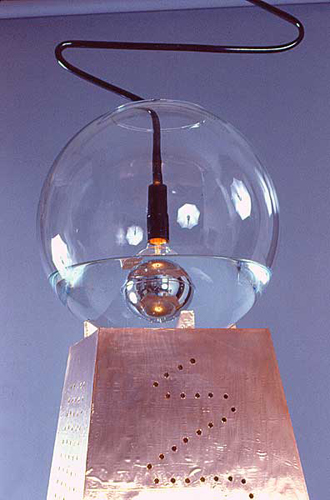 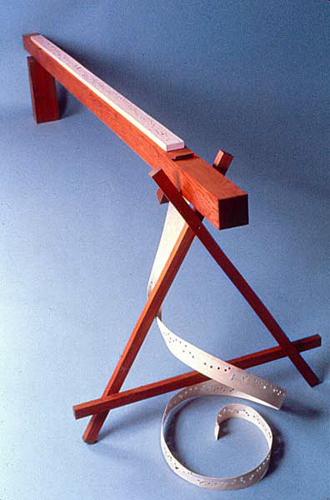 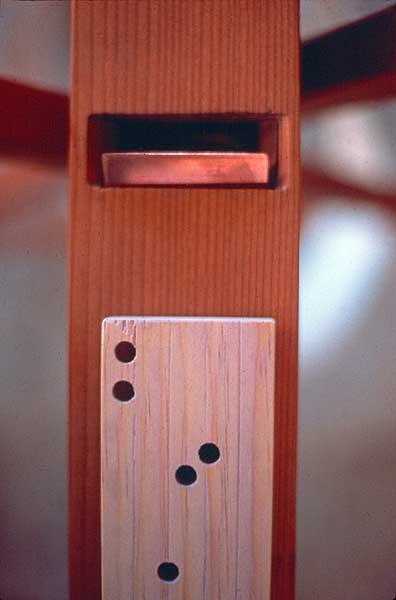 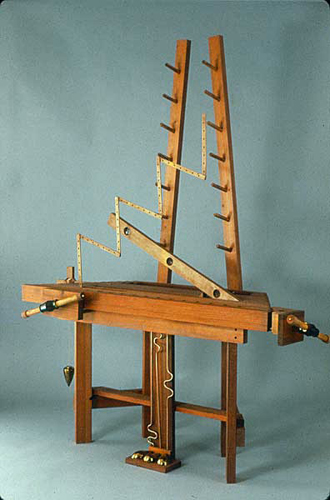 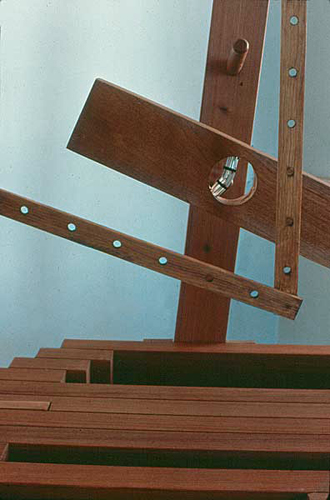 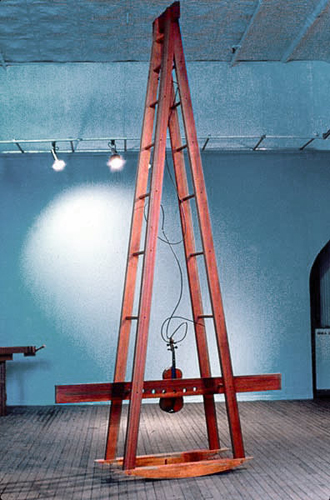 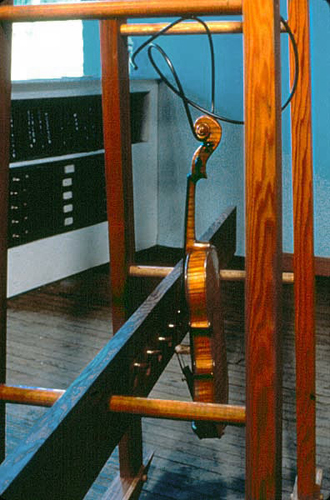